A couple in Anambra State, Nigeria have been accused of consistently abusing their maid.

Photos of the maid show her with scars all over her body from old and new wounds allegedly inflicted on her by her pregnant madam and her husband. 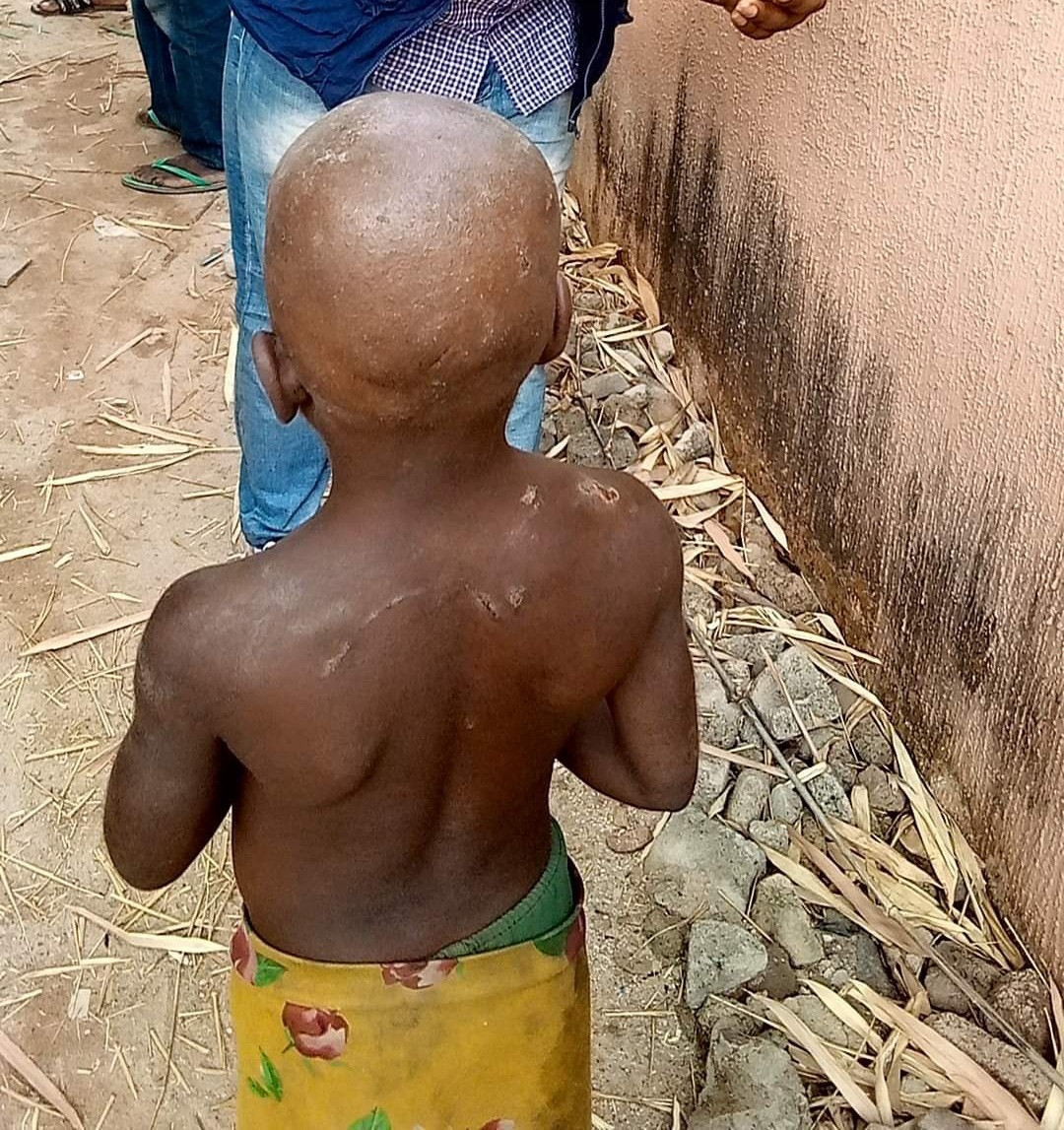 A neighbor, identified as Prince Izu Agbo, who made the matter public, said he heard a child screaming as she was allegedly beaten and called a witch for up to an hour.

He said when he looked into the next compound he saw the innocent child being beaten, kicked, and pushed, such that she almost fell into the well in the compound. 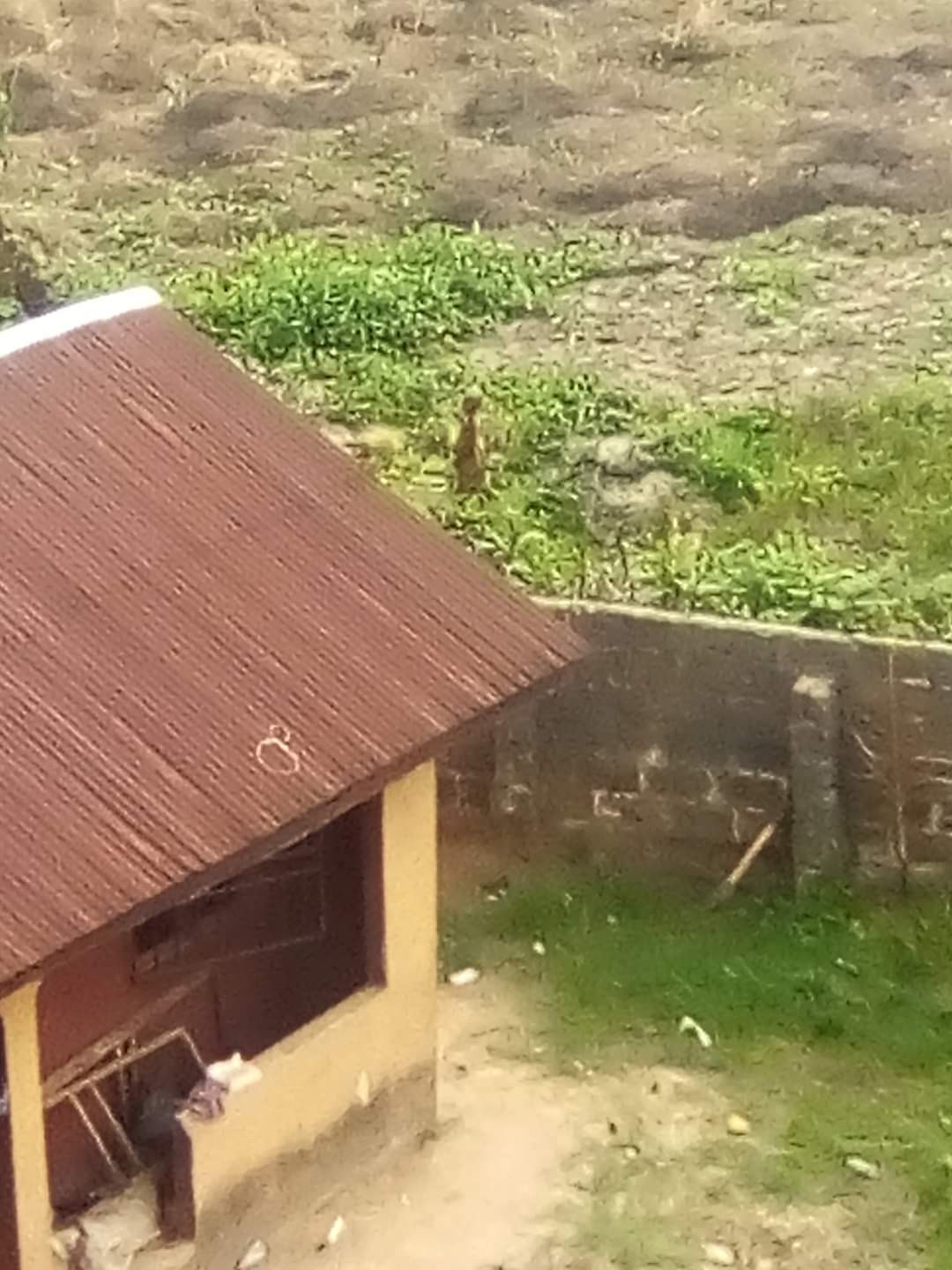 He further said when the beating wouldn’t stop, he went downstairs to intervene.

When he asked the reason for the beating, the caregiver reportedly said it’s because the girl picked food from the dustbin. 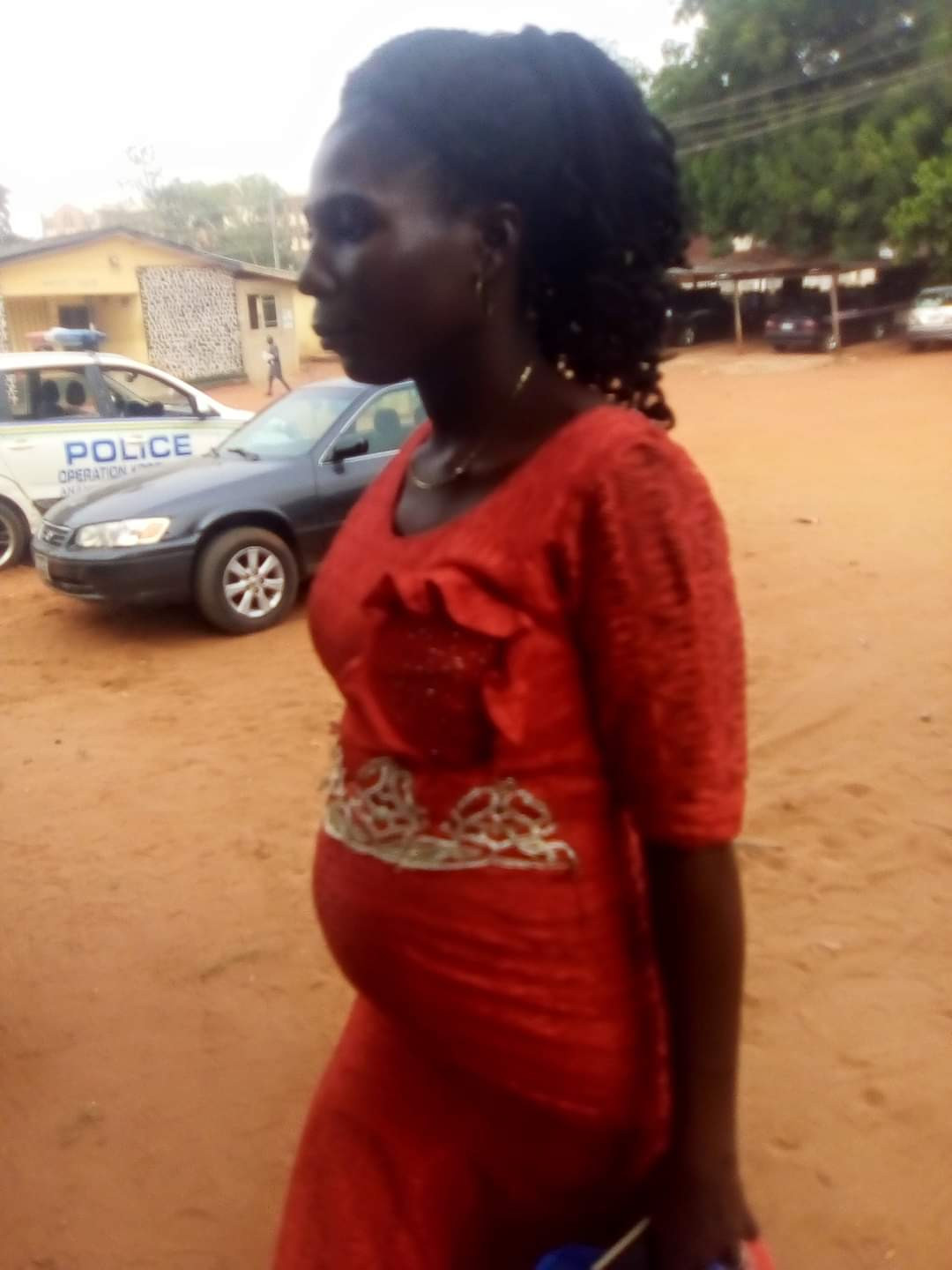 Prince Izu Agbo said he then inquired from the maid, who looks no older that 10 years old, and she said her madam starves her while feeding her children in her presence, yet expects her to do most of the chores in the house. Due to hunger, she resorted to picking food from the trash.

He added that when he saw the girl, her face and clothes were covered in blood. 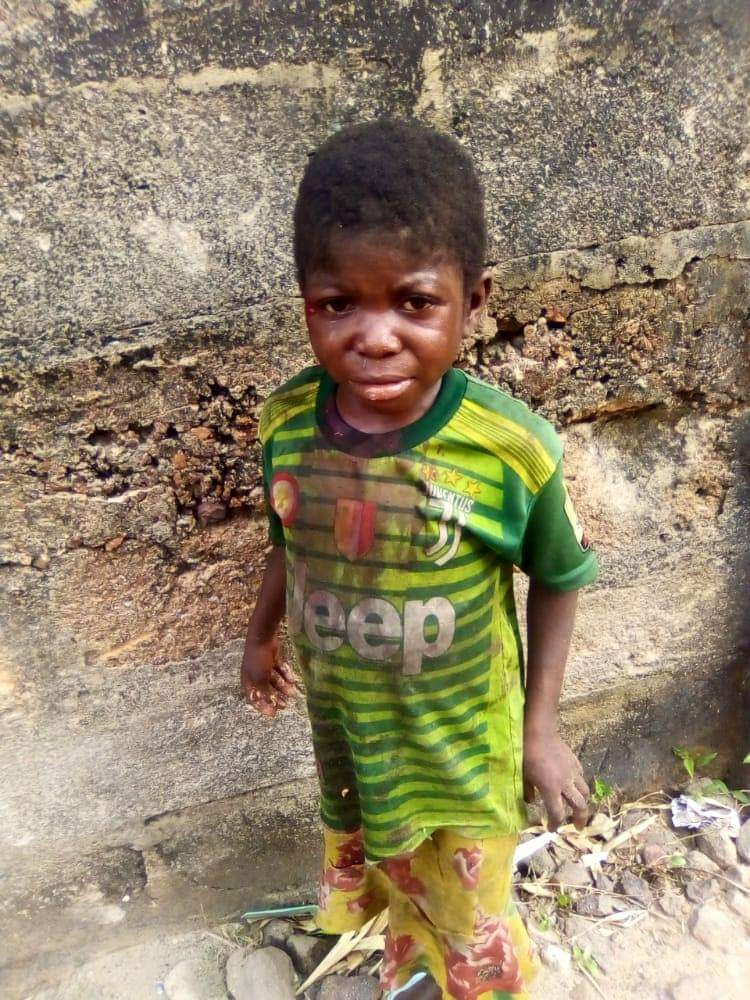 Other parts of the girl’s body was also scarred, injuries Agbo said were inflicted on her by the madam and her husband. 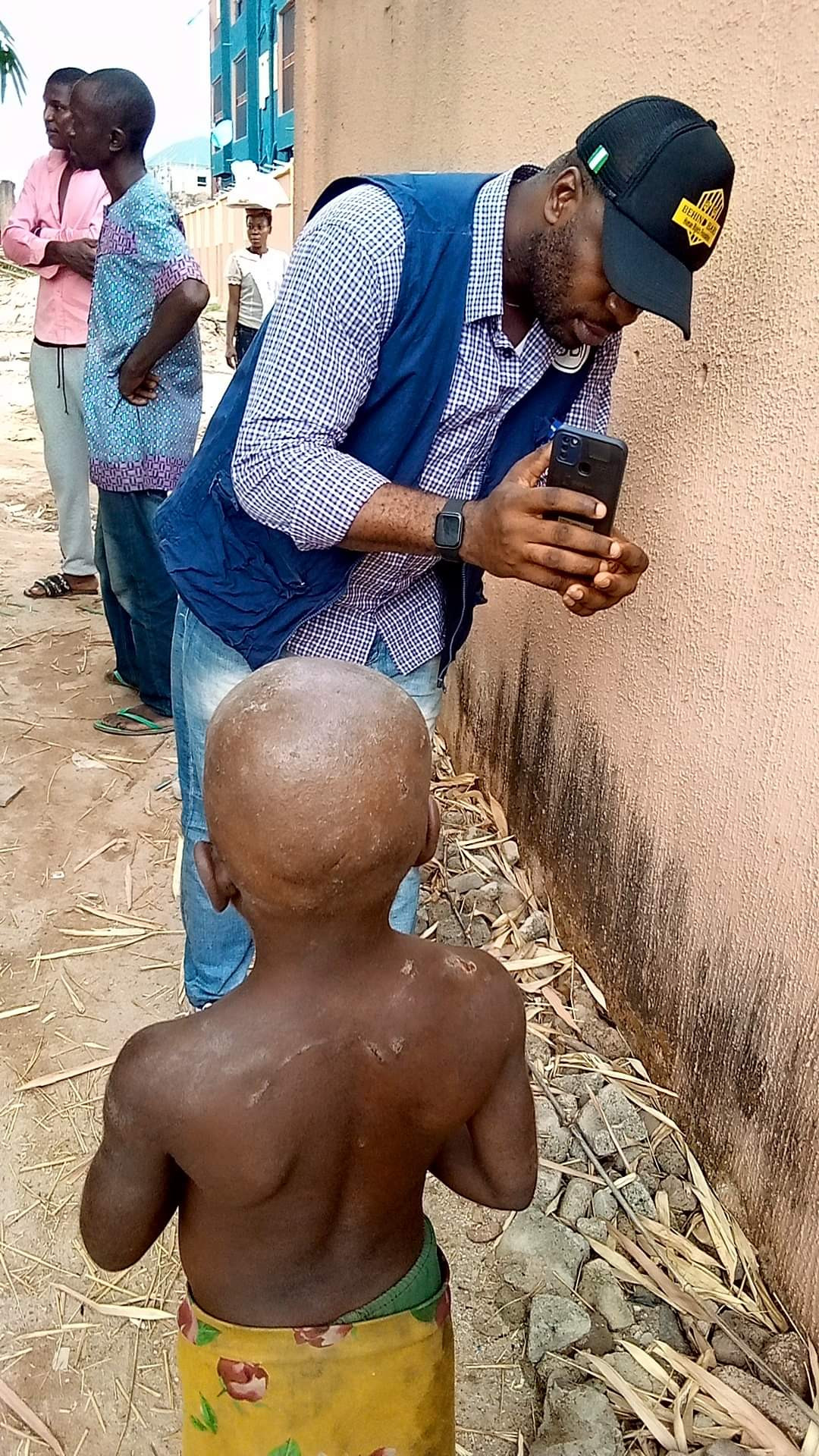 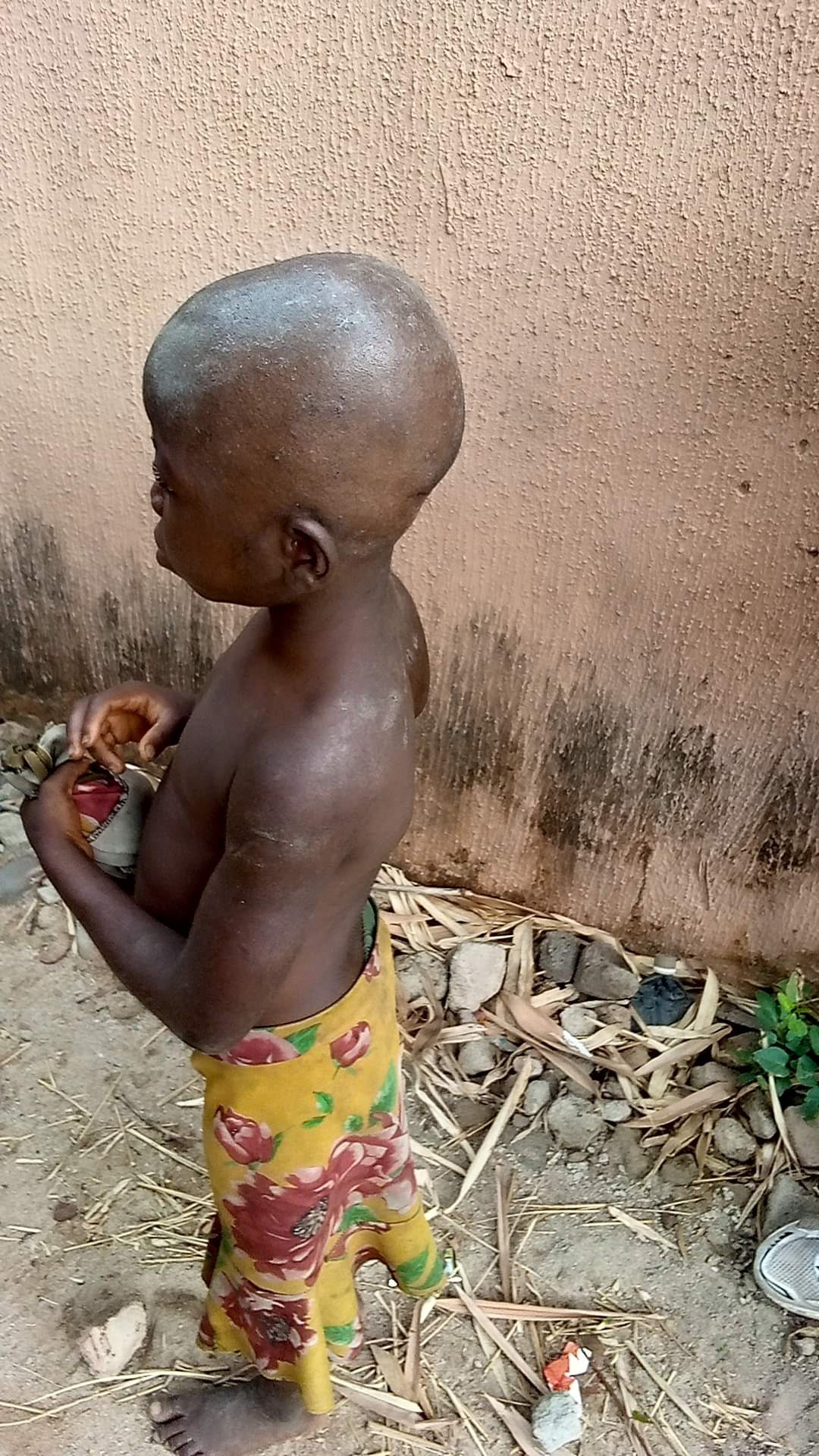 He claimed that they took in the girl last year with the promise of sending her to school, but they haven’t fulfilled that promise.

He said the case was reported to the police and it’s now being handled by the B Division of the Anambra State Police Command. 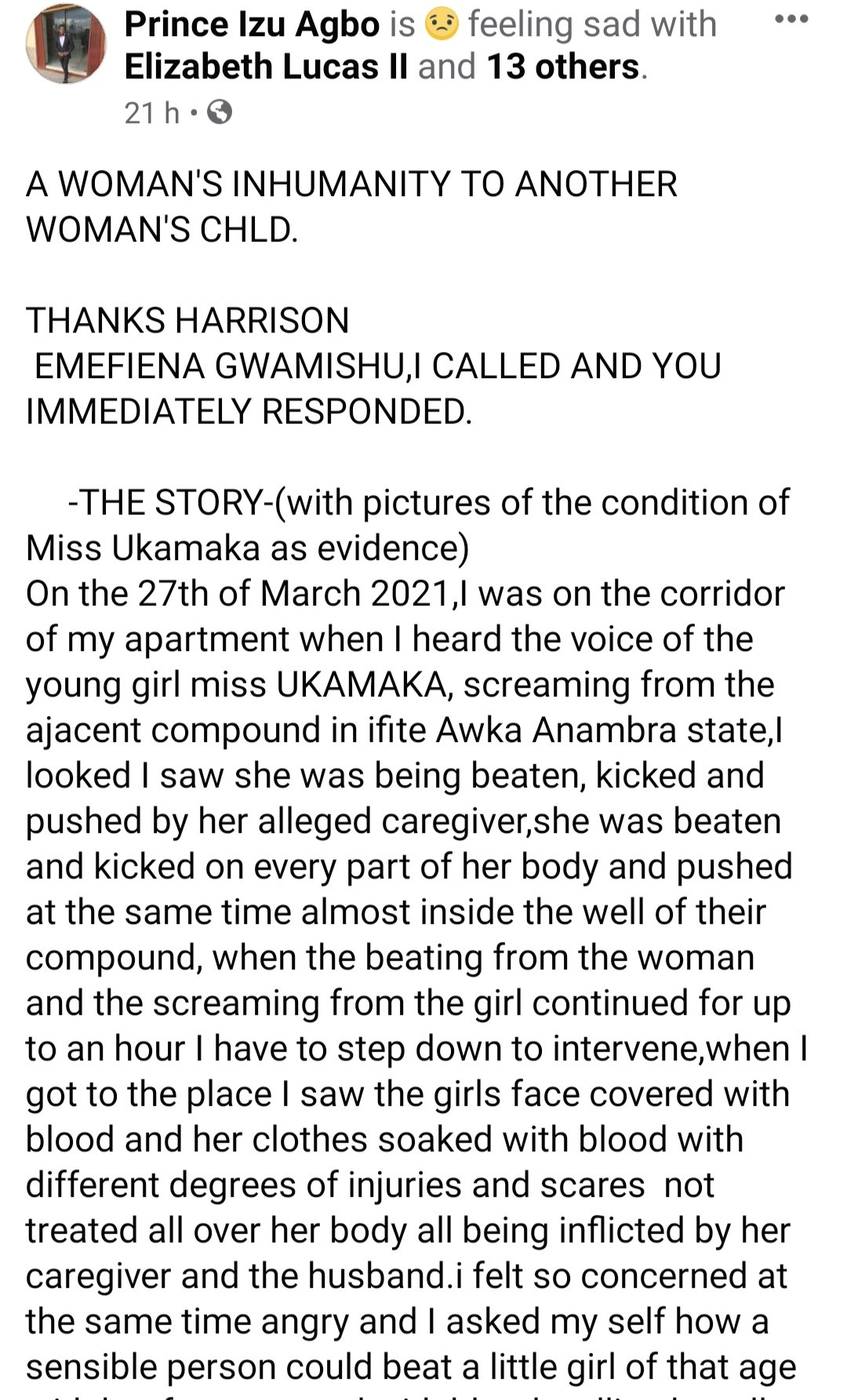 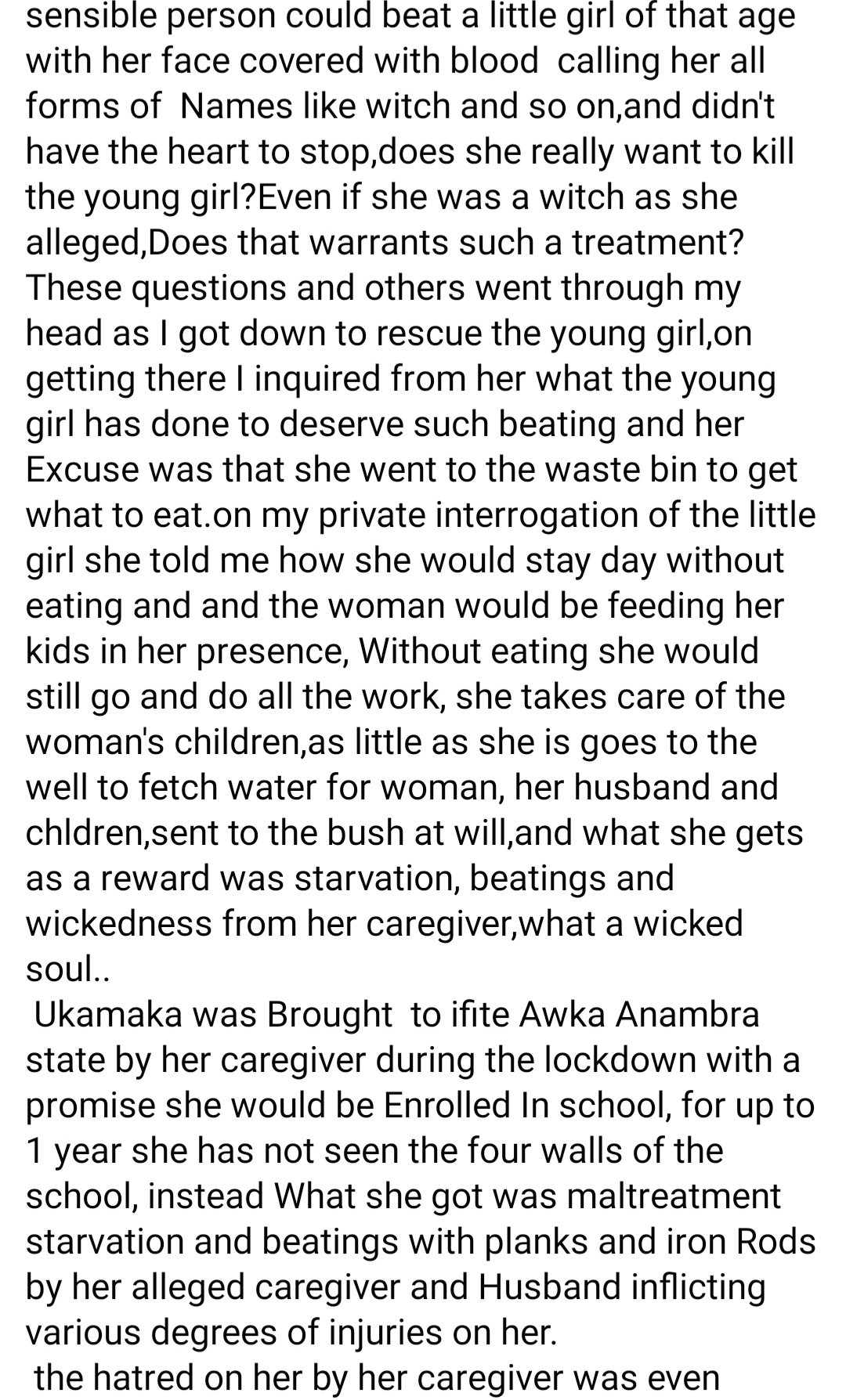 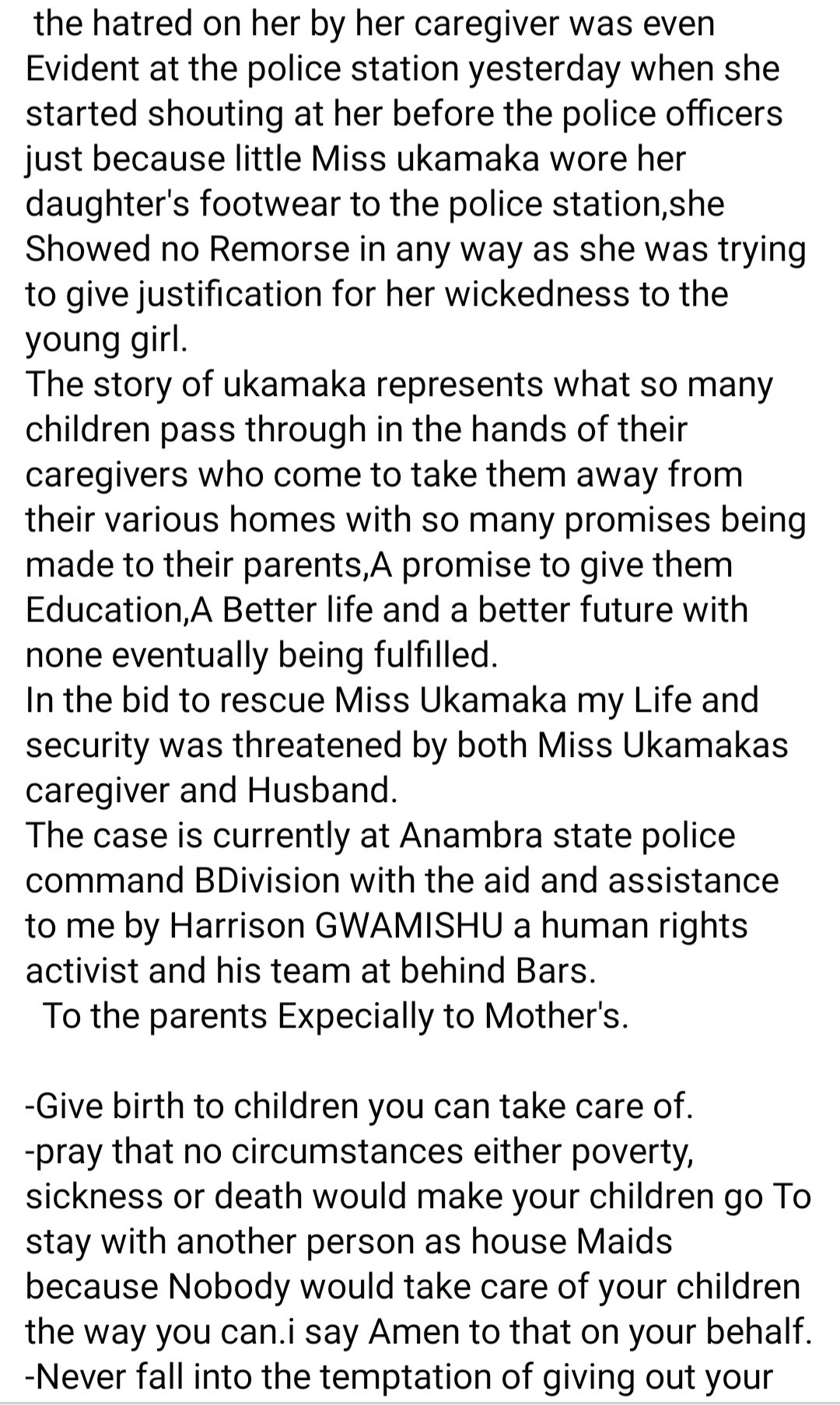 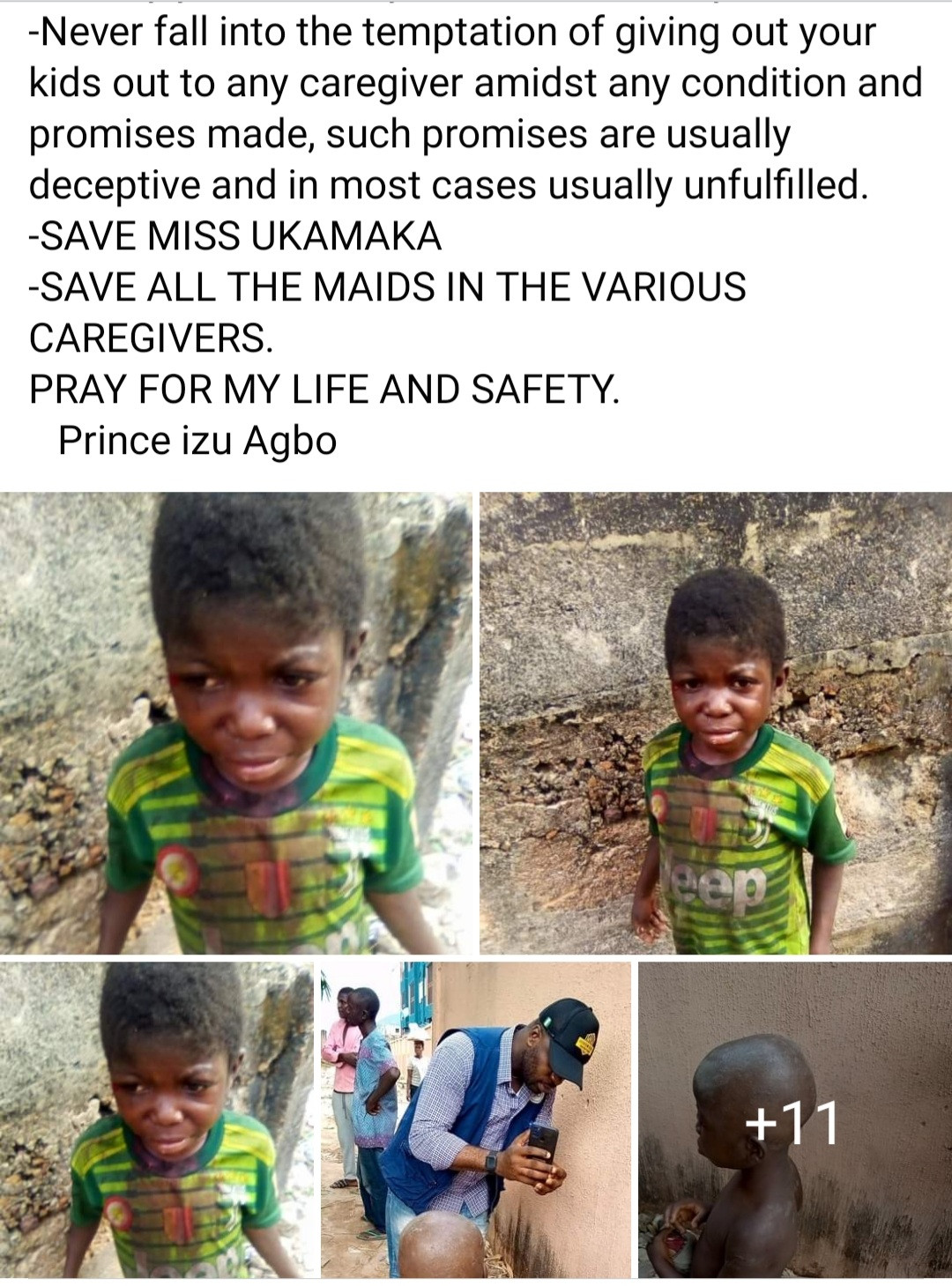