Lady Proposes To Her Man On A Date (Video)

A video serving rounds online has captured the moment a beautiful lady proposed to her boyfriend in a fancy restaurant. 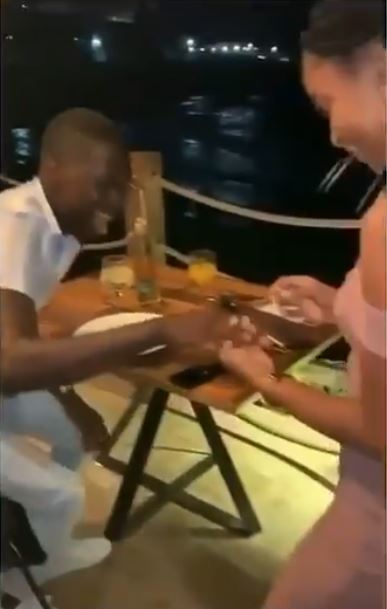 The lady took her lover to an expensive restaurant, defied status quo and proposed marriage to him. 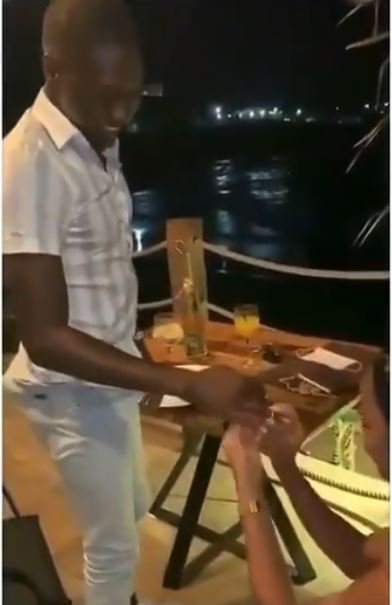 It was gathered that the lady arranged the surprise proposal with the staff of the restaurant. They brought a covered plate which the man believed contained food, but as he opened it he saw the words, ”Will You Marry Me” written neatly in it.

In the viral video the lady is seen kneeling down and offering her man the ring while the crowd behind her cheer and beckon the man to accept his proposal.

The boyfriend appeared shocked as he remained in his seat laughing and clapping before standing up.